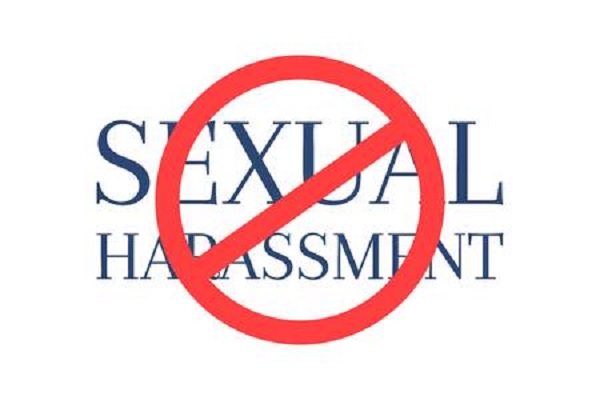 The Sexual Harassment of Women at Workplace (Prevention, Prohibition and Redressal) Act, 2013 is a legislative act in India that seeks to protect women from sexual harassment at their place of work. It was passed by the Lok Sabha (the lower house of the Indian Parliament) on 3 September 2012. It was passed by the Rajya Sabha (the upper house of the Indian Parliament) on February 26, 2013.[1] The Bill got the assent of the President on 23 April 2013

The introductory text of the Act is:

WHEREAS sexual harassment results in violation of the fundamental rights of a woman to equality under articles 14 and 15 of the Constitution of India and her right to life and to live with dignity under article 21 of the Constitution and right to practice any profession or to carry on any occupation, trade or business which includes a right to a safe environment free from sexual harassment;

AND WHEREAS the protection against sexual harassment and the right to work with dignity are universally recognised human rights by international conventions and instruments such as Convention on the Elimination of all Forms of Discrimination against Women, which has been ratified on the 25th June, 1993 by the Government of India;

AND WHEREAS it is expedient to make provisions for giving effect to the said Convention for protection of women against sexual harassment at workplace.

Email- This email address is being protected from spambots. You need JavaScript enabled to view it.

Email- This email address is being protected from spambots. You need JavaScript enabled to view it.